New York City officials announced a $200 million plan this week to turn public payphones into Wi-Fi hot spots. The project, called LinkNYC, will transition the city's public payphone network into the world's largest and fastest free municipal Wi-Fi network. The thousands of payphones around New York City will be replaced with hubs that provide access to wireless Internet with speeds of up to 1 Gigabit per second.

Maya Wiley, counsel for Mayor Bill de Blasio, said in an interview with CNET that LinkNYC will go a long way to provide Internet access to those without it. Wiley added that the program will be especially beneficial to lower income residents that rely on mobile connections to use the Internet in order to access city services.

New Wi-Fi program provides public service
The LinkNYC hubs will offer users free national phone calls, an embedded Android-capable tablet with access to directions and city services and charging stations. The tablet display will also be able to be used by the city to provide residents with emergency information or public service announcements. During Hurricane Sandy payphones became a critical resource for communication as many other avenues were disabled or jammed from high traffic. Residents will still be able to make emergency calls from the new Wi-Fi hubs and backup batteries will provide service for up to 24 hours in the event of an outage, The New York Times reported.

According to the New York City Department of Information Technology and Telecommunications, the LinkNYC Wi-Fi network will have speeds 100 times faster than the average municipal network and 20 times faster than what the average New Yorker would use at home. Someone using LinkNYC access would be able to download a 2-hour movie in 30 seconds, the Times reported.

The plan to transition New York's more than 6,000 payphones to Wi-Fi hot spots was initially conceived two years ago, and city has been beta-testing the project since then. The first 500 locations are expected to be ready for use by the end of next year, and the remaining sites will be completed within the next six years. The program won't cost anything for residents and the city expects to make much more from the new contract than it currently does from payphone franchisees, according to CNET contributor Ben Fox Rubin.

The project still needs to be approved by multiple city boards, but its outlook is optimistic and a developer has already been chosen to create the infrastructure.

Cloud computing market to increase through 2016

What is the future of the hybrid cloud?

Developing a strategic view is essential in the cloud storage era 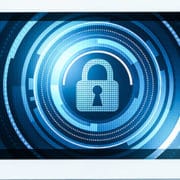 All U.S. Marine Corp barracks to be equipped with Wi-Fi by end of the year