As recording technologies get smaller and cheaper, giving police officers cameras to wear on their bodies at all times is quickly becoming a reality. These devices have incredible implications, both for average citizens and for officers, as they allow the courts to cut through all the drama and hearsay in order to get to the truth of what exactly happened. That said, there are a few obstacles standing in the way of widespread body camera deployment.

One of the biggest issues currently facing departments wishing to bring these gadgets to the field is the storage of the video itself. Having a camera running at all times during an officer’s shift creates a lot of footage, and simply deleting this because “nothing happened” isn’t an option. After all, an officer could have recorded something of import without even noticing it. So how extensive is this storage problem, and what can police departments do to ease such a transition?

How much data can a police department generate?

Before delving into the more nuanced discussions of data storage, it’s vital to first understand exactly how much data the average police station can create. Each department will obviously have its own special needs, but a good place to start is the analysis of the Chula Vista, California, police department’s data storage given by Lieutenant Vern Sallee in Police Chief Magazine.

Sallee stated that his station had 200 sworn police officers that were using body cameras in their daily rounds. After playing around with their current setup, Sallee’s department found that a 30-minute video demands around 800 MB of storage. Accounting for all officers with cameras, Chula Vista could generate around 33 TB of data annually. To put this in perspective, Sallee stated that this is roughly the same size as 17 million photographs.

Again, it’s important to remember that this is a rough estimate for a single town. Chula Vista has just over 265,000 citizens, making it larger than the average American city. That said, such a population pales in comparison to the 8.5 million people living in New York City, and implementing a police body camera initiative in this kind of metropolis would be a whole different ball game. What’s more, these larger cities are the ones that need body cameras the most, as they generally have more violent crime requiring forceful police intervention. Clearly, simply finding a place to put all this data is going to be a challenge.

Another major concern with these body cameras is the privacy of the people involved in the recordings. As stated, departments can’t delete a video until they are absolutely sure that nothing on it could possibly be useful in the future. This means that the actions of a lot of innocent people are going to be recorded and stored, and this has certain civil rights groups worried.

In fact, a coalition of the National Association for the Advancement of Colored People and the American Civil Liberties Union presented some guidelines to legislators in 2015 attempting to govern how these recordings are treated. The group wanted to prevent an overreaching use of facial recognition software, as well as ensure officers were only allowed to watch their videos from the day after filing a report, according to CNN.

“Police officers have the right to discuss personal matters without being listened to.”

On top of that, it’s important to remember that police officers have rights, too. These men and women will be recorded at all times during their shift, which means any private conversations they’ve had with their partners could easily be viewed by a third party. These people have the right to discuss personal matters without being listened to after the fact, and officers shouldn’t live in fear that their superiors will eavesdrop on some conversation that they don’t agree with.

Finally, and perhaps most importantly, all of this is for naught if police departments can’t keep the video files secure. A malicious individual or group could do a lot of damage with the ability to map out an officer’s day-to-day duties, and departments must therefore do everything in their power to ensure these criminals are kept at bay.

Partnering with the right company is crucial

Clearly, there are a lot of challenges to overcome when implementing a body camera initiative. That said, the pros definitely outweigh the cons if police administrators are willing to find the right partner for the job. Any officials looking for a company to assist them in their transition should definitely check out the data storage services offered by ISG Technology. We have years of experience storing information for companies from all kinds of industries, and we pride ourselves on our ability to keep our clients’ data safe. Contact us today and find out what an ISG Technology solution can do for your department. 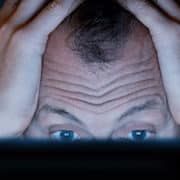 How can your company benefit from hyperconvergence?
Scroll to top