The bring-your-own-device movement has been getting serious traction lately, as the amount of technology owned by employees continues to go up. Whether it be their personal phone, tablet or even laptop, people really seem to like the idea of having their own tech at work. And this recent BYOD trend doesn't seem to be slowing down. In fact, research firm Gartner said approximately 70 percent of mobile workers will be using their own smart devices rather than those given to them by their company by 2018. With those kinds of numbers, it's no wonder that many companies are gearing up for the BYOD revolution.

BYOD: The risks and rewards
Just like every trend, there are positives and negatives to letting employees bring their own electronics to work. The simplest and perhaps the most obvious of the positives is that people like their own devices. Employees don't just grab the first phone or computer that catches their eye. They take enormous amounts of time and energy to figure out what device is right for them. There is a multitude of things a device can offer someone, and allowing employees to tailor their work devices to their own wants and needs is certainly a benefit to both productivity and employee morale.

Another positive point to consider with BYOD is the fact that employees upgrade their own devices at a much more rapid pace than their employers. According to eMarketer, about 54 percent of smartphone users plan to buy a new device within the next 12 months. Any company attempting to keep their own hardware this current would most certainly run itself into the ground. It's best to let employees worry about having the most current device.

Despite the many positives to BYOD, there are also some risks every company should consider. The biggest problem a company implementing a BYOD plan is likely to run into is the fact that it is extremely hard to tell employees what they can and can't do with their own devices. People get used to surfing the Web on their personal laptops, and while this is fine if the device is strictly for personal use, it becomes a problem when the device is brought into the office. It's very easy to tell an employee what they can and can't do with company-owned property, but it becomes a little harder when the employees own those devices. Any company considering BYOD should express these concerns with employees if they wish to keep productivity at peak levels.

Aside from productivity, there is also a sizeable security risk from employees using BYOD hardware like they would at home. Something as simple as an employee downloading apps on their phone allows third-party access to company data. This is due to the relative simplicity of developing mobile viruses and can lead to the necessity of malware removal. Again, companies considering letting employees bring their own devices into work need to instruct these people in the correct use of devices.

But companies shouldn't let the risks scare them away. With help from BYOD experts like ISG Technology, allowing employees to bring their own equipment can have a multitude of benefits without any downsides. 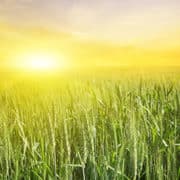 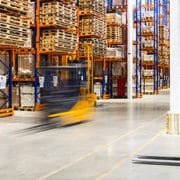 Virtualization of the classroom
Scroll to top