Cloud computing has been gaining popularity in the business space over the last couple years. Organizations are abandoning server-based data centers in favor of a third-party-provided solutions. Yet as more data is stored digitally, the danger of hacking grows. Companies are losing significant income to data breaches, and cybercriminals are developing new, sophisticated ways to steal data.

So why are companies taking their information to the cloud? Many executives want to push their businesses to the cloud but don’t fully understand how it works. As such, they may be wary over the idea of removing confidential information from complete corporate oversight. However, the cloud is not as penetrable as its name might imply.

Three factors driving cloud safety
According to Forbes, there are three principal factors helping to keep data secure when it is in a cloud platform. The first is redundancy. Losing data can be almost as harmful as having it stolen. When a server fails or a hacker gains access to a corporate network and deletes or attempts to ransom vital information, companies can lose months of productivity. Most cloud networks, however, typically keep data in at least three locations.

This means that lost data at one location, such as data loss caused by a server failure, will not have the disastrous impact that it could in an organization relying on an on-premise data center. By keep copies of each file, cloud solutions are making sure mission-critical data is accessible until the user no longer wants it.

The second factor is the safe sharing policy. Anyone who has ever used the popular Google Docs knows how file sharing works. Rather than making a copy, the user must enter the email address of anyone they want to see the file. These extra users can’t share the file on their own (unless given express permission), they simply have access to the information. This is how safe sharing works. It prevents any unauthorized copies from being created or distributed. Users have access to their own data and can control exactly who sees it.

The last factor driving cloud safety is encryption. Provided a user keeps track of their password, it is very difficult for a hacker to gain access to the files. They are being stored either entirely in the cloud or at a secure, remote facility in an unknown location. Since the user’s connection to this information is encrypted, following it to gain access would be difficult, if not impossible for a human hacker.

It’s all about access
As TechTarget pointed out, cybersecurity today is more about controlling access than managing data storage. When hackers breach data, they typically do so because they have access to sensitive information. This can be a password or even a corporate email address. Cybercriminals infiltrate and steal information based on the access they’ve gained, typically from an unknowing authorized user.

Cloud solutions help monitor this access, keeping secure data under control. The providers offering these platforms have the expertise and the resources to keep cybersecurity evolving alongside the threats. In most cases, they have more resources than the client companies using their solutions.

The cybersecurity arms race
One popular cloud vendor is Microsoft. Each year the company invests over $1 billion into cybersecurity initiatives for its Azure platform. The money, explained Azure Government CISO Matthew Rathbun in an interview with TechRepublic, isn’t just about maintenance, it is about innovation:

“Ninety percent of my threat landscape starts with a human, either maliciously or inadvertently, making a mistake that somehow compromises security,” said Rathbun. “In an ideal state, we’re going eventually end up in a world where there’ll be zero human touch to an Azure production environment.” 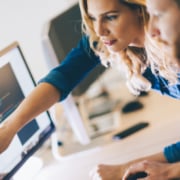 Protect your company and your reputation with managed cybersecurity 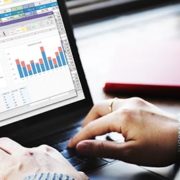 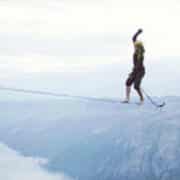 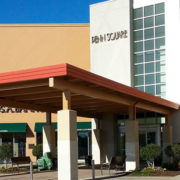 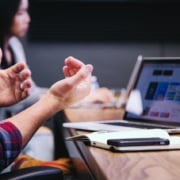 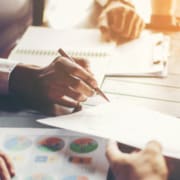 How to find the right cybersecurity provider for you
0 replies